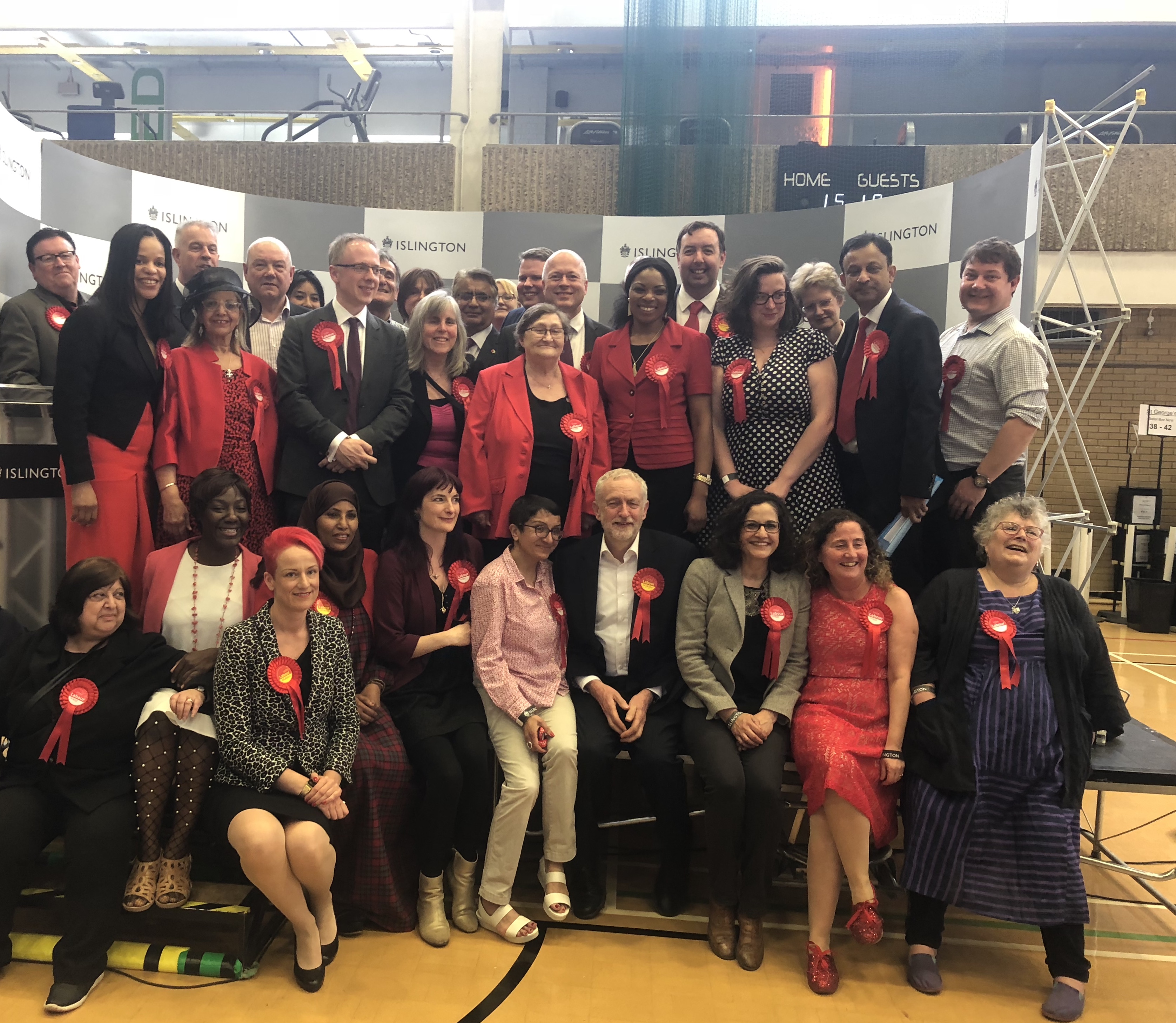 Islington Labour has been re-elected to run Islington Council at the local elections held on Thursday 3rd May.

As results were declared on Friday 4th May at the Sobell Leisure Centre, Islington Labour secured 47 of the 48 seats.

Local residents overwhelmingly backed Islington Labour, with the party receiving 61% of the vote – a 5% increase from the 2014 result and the best result for Labour at a Council election in Islington since 1974.

For the first time, the majority of Islington Labour’s councillors will be female – 26 female and 21 male.

Cllr Richard Watts, Leader of Islington Council, said: “We are delighted to have once again received the backing of local people for our plans to make Islington a fairer place for all.

“For the first time, Islington Labour received over 100,000 votes in a Council election and secured our highest share of the vote since 1974.

“That is a remarkable achievement, especially given that over the last 8 years we have had to cope with the largest peace-time cuts to the Council’s funding.

“During this campaign, we have had conversations with over 35,000 local people, listening to the issues that matter to them. We have put forward a positive vision for a future where Islington is a fairer place for all and I am delighted so many local people have supported that vision.

“We will, of course, remain an open, transparent and listening Council -; putting the views and concerns of local people at the heart of all that we do.

“All of the Islington Labour councillors elected today are first and foremost local champions for their communities. They will ensure the voices and needs of local people are heard in the Town Hall.”