Tricia was elected as a St George’s ward councillor in 2018, and has lived in Islington for over 35 years, raising her young family whilst working for British Telecom. Now retired, Tricia is an active housing campaigner and passionate about representing the local community’s voice in the Holloway prison site development. In her spare time, Tricia is a keen cyclist and swimmer, and a member of Islington Keep our NHS Public.

Satnam was first elected as a councillor for St George’s ward in 2014 and is recently retired as principal of the Working Men’s College. He has also worked in a law centre and sixth form college and served on the council of City and Guilds. Satnam has previously served as a governor at NRC (Islington PRU) and Acland Burghley; he is now a trustee of the Hilldrop Community Centre and Cripplegate Foundation and has a long record of involvement in anti-racism and anti-cuts campaigning. 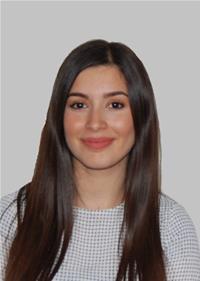 Gulcin was first elected in a 2019 by-election and is proud to represent the Tufnell Park area. As a parent, cleaning up our air and supporting our schools are amongst her top priorities. She’s campigned to secure the maximum amount of social housing on the Holloway prison site, and a women’s building that will act as a real legacy. Cllr Ozdemir also serves as a Governor at Tufnell Park School.

Your St George’s Councillors hold regular surgeries, to find out when or contact them about casework click here.