Anjna was elected as a councillor for Tollington in 2018. As an active member of her local community, Anj has volunteered with groups including Friends of Grenville Gardens, the Stuart Low Trust and Beanstalk.  After being diagnosed with Multiple Sclerosis in 2006, Anjna became an active campaigner for the MS Society, even jumping out of a plane to raise funds.

Flora has been a councillor for Tollington ward since 2014, and works as a charity fundraiser for Breast Cancer Care, previously for Medical Aid for Palestinians. She is currently a school governor at St Marks primary school and likes to use her fundraising skills to support local community projects. Flora is also Chair of Islington Council’s Licensing Committee. 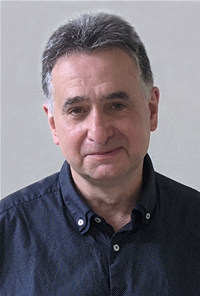 A longstanding local activist, Mick Gilgunn has lived in Islington for over two decades. From standing up for Council housing to defending the Whittington Hospital, he is always on the side on the side of residents and public services.

First elected as Councillor for Tollington in a July 2021 by-election, Mick works in a maintenance department at a London university, is an active member of Unite the Union and previously served as Secretary and then Chair of Islington Trades Union Council. He’s passionately committed to the rights of private renters, reducing health inequalities, and tackling the climate crisis through a new generation of green infrastructure and high-skilled, low-carbon jobs for local people.

Your Tollington Councillors hold regular surgeries, to find out when or contact them about casework click here.