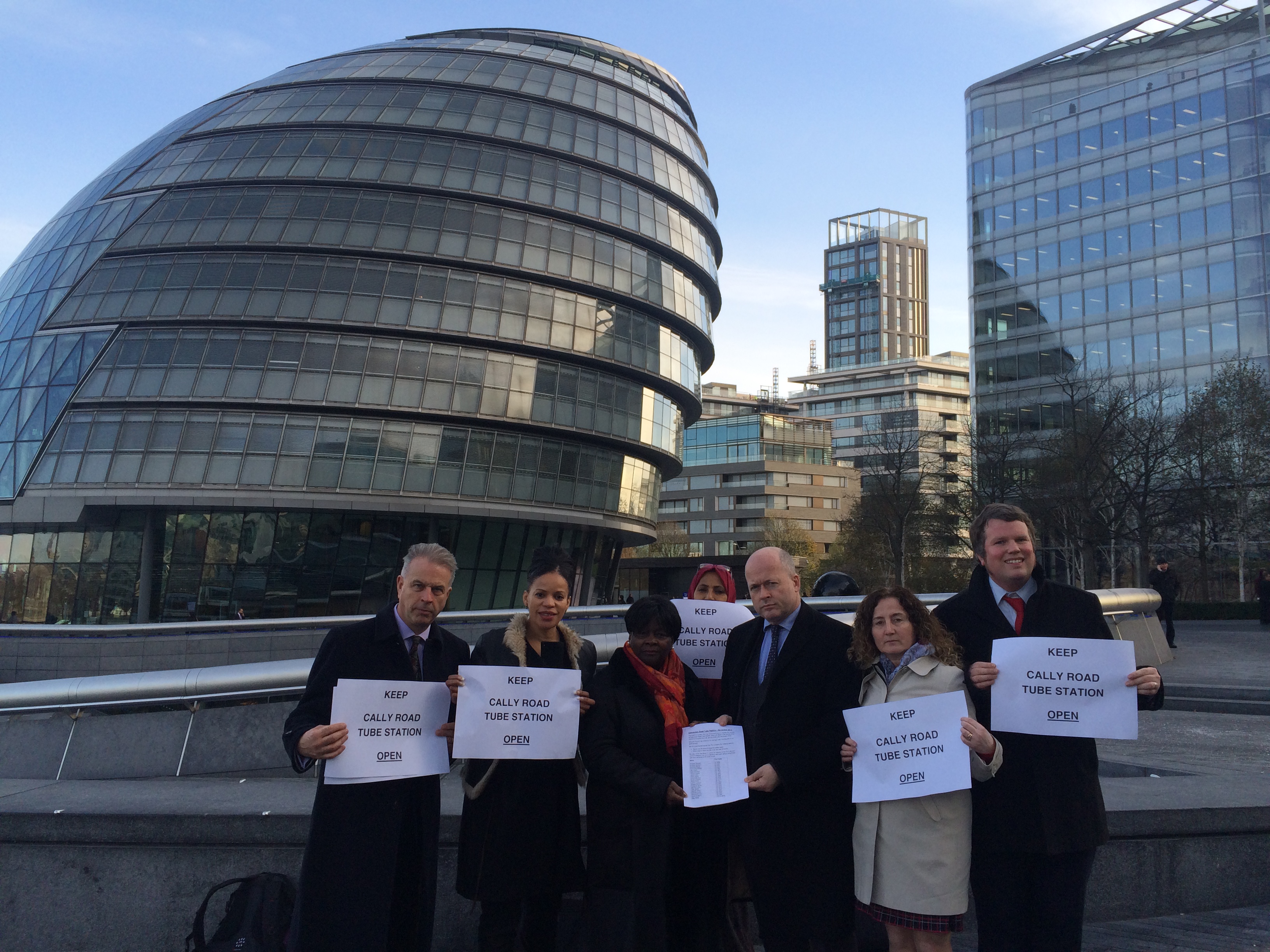 On Monday 23rd November, Islington Labour councillors presented a petition with over 575 signatures to Assembly Member Jennette Arnold at City Hall, calling on Transport for London (TfL) to halt plans to close Caledonian Road Tube Station for 32 weeks from January.

At the start of November, TfL announced shock unilateral plans to close Cally Road Tube Station from January 2016 until mid-August -; a span of 32 weeks. The closure would allow replacement works to take place on the two lifts in the station.

Islington Council and local ward councillors in Caledonian and Holloway wards have supported calls by local residents and businesses opposed to the closure plans.

Local councillors have called for the lifts to be replaced one-at-a-time, allowing the station to remain open, or for the works to be carried out much faster than the 32 week timetable TfL has proposed.

In addition to the petition, Labour councillors have tabled a motion to the Islington Full Council Meeting on 3rd December, which calls for the Mayor of London to support calls to keep the station open and to examine how TfL failed to notify people of the planned closure.

Holloway ward councillor, Cllr Paul Smith, commented: “The most important thing for the thousands of people who use this station every day is that it remains open.

“TfL should have asked the people they are supposed to serve first, rather than just announcing they were closing the station for 8 months because it is most convenient for them.

Cllr Claudia Webbe, Executive Member for Environment and Transport, added: “We of course welcome TfL’s investment in improving stations in Islington, but we really do need them to take the views of local residents into consideration before they announce major disruption like this.

“I am pleased that Jennette Arnold AM will continue to make the case to the Mayor of London that TfL must review its decision on Cally Road station.”

Since the announcement of the proposed closure, local councillors have held a public meeting, met with local businesses, and met TfL officials at the station to scrutinise their plans. TfL has confirmed that whilst the disused shafts at the station would not represent feasible options for assisting with the lift replacement works, the proposal to keep the station open and replace one lift at-a-time is possible.