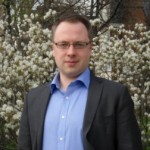 Cllr Richard Watts announced his intention to focus on “jobs, housing and the cost of living” as he was elected as Leader of Islington Labour Group on Monday 7 October.

Cllr Richard Watts said: “I’m honoured to have been elected to do this job and lead the fight to make our borough a fairer place.  We’ve got an unemployment crisis in Islington with more kids growing up in a household where no adult works than anywhere else in the country.  We’ve got to tackle this so I’ll be setting up an Employment Commission that brings together local businesses, colleges, unions, the voluntary sector and other key partners to focus our efforts on reducing unemployment and helping local people get the skills and support they need to fill the vacancies that exist.”

“These are tough times for people in Islington with massive Tory-led government cuts hitting hard.  We’re on the side of our community and will continue taking action to help families on low income with the cost of living -; universal free school meals, building homes at social rent and more communal power stations, like the one in Bunhill, to cut fuel costs and provide cheaper, greener heat.”

“I’ll also be showing Leadership from the top by cutting my own salary by £5,000”.

Cllr Richard Watts will be formally appointed as Leader of Islington Council at the next Council Meeting on Thursday 10 October.  His election follows Cllr Catherine West’s decision to stand down as Leader to focus on winning Hornsey & Wood Green for Labour in 2015.

About Cllr Richard Watts: Cllr Richard Watts is 38 and has lived in Islington for 15 years, representing Tollington ward in the north of Islington since 2006.  He has two children aged 5 and 2.  He served as Executive Member for Children & Families from May 2010 and Executive Member for Finance & Performance from May 2013.  Before becoming a full time member of the Council’s Executive, Richard ran the Children’s Food Campaign, a national campaign to improve children’s diets.  Previously he worked for a number of different campaigns and a consultancy organisation, which led to some work in Kosovo helping develop the political party that formed out of the KLA guerrilla army.  He graduated with a degree in politics from Durham University and before this worked in the Pretty Polly tights factory in Nottinghamshire.  He is a governor of City and Islington College.